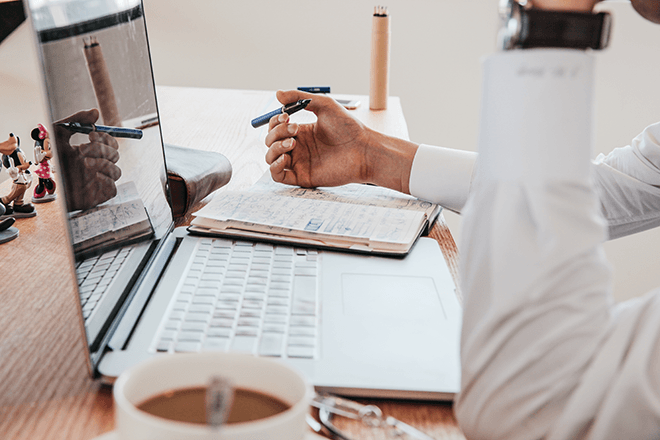 For every action, there is an equal and opposite reaction.

While this phrase might be heard most often in classrooms, it can be applied to improve how we build sustainable habits as well. With each action we take, there is an invisible force providing resistance in the opposite direction. Whether it’s pushing against a wall or walking up a flight of stairs, the opposite force is there.

The same law can be applied to habits and daily actions and creating meaningful changes in our lives.

It’s this concept that makes short-term fasts and extremely restrictive diets fail more often than not. While extreme measures may create substantial weight loss in the near term, the opposing force of such a drastic change is massive. The hunger you may feel, the fatigue, and lack of nutrition represent the equal and opposite reaction to your efforts.

The greater the reaction, the harder it is to reliably sustain.

This makes it nearly impossible to continue making progress while maintaining the results from the aforementioned “hard and fast” effort.

The thing is, I get the appeal.

It’s completely understandable for you to want results faster than is reasonable. The Twitch wants results bigger, better, and now. So many things in our lives aim to appease the desire for instant gratification that we’re simply starting to expect it across the board.

Unfortunately, very few of the meaningful things in life can be attained with an online purchase or browsing social media. Both of these low-effort, high-dopamine activities accomplish very little of significance when repeated over long periods of time.

Meaningful change almost never happens quickly and we need to learn to be okay with that.

It’s a bit strange to say, but the harder you try to move the needle early in the habit-building process, the greater the resistance will be as you go. If you do too much too soon, the equal and opposite force reacts as it does and makes repetition nearly impossible. And we need to repeat what we want to become.

As the good man Aristotle said, “We are what we repeatedly do.” So we need to make it as easy as possible to repeatedly do the most important things in our lives. 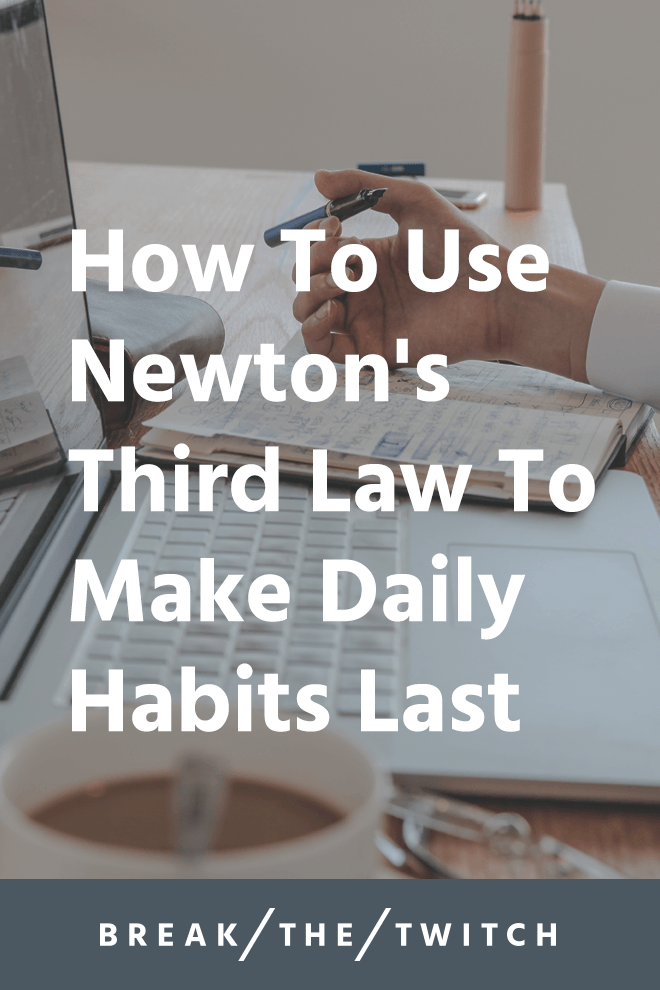 To be clear, this is specific to things in life that are maintenance-based.

If you have a project that needs to be completed and once it’s done, it’s done, sure. Give it all you’ve got and perhaps take some time to recover and the move on. But if you’re working on building a habit that you want to be a part of your actual life, there are two ways that you can apply this law to improve your odds of consistency and repetition.

The soreness you might feel in your muscles after working out is reduced if you don’t start off by working out too hard. If you’re not sore, you’re more likely to exercise again sooner rather than later.

Remember that when it comes to maintaining habits, you’re in it for the long-haul. Not next week, not next month or even next year. If it’s something that really matters to you, then it’s worth doing slowly and sustainably for a really long time.

By starting small, you’ll establish a pattern of successful completion more quickly than the alternative. Down the line, your ability to overcome the resistance that follows will improve as you go, preparing you for the next steps of the journey. Each increase becomes manageable and will just seem like another typical day of practice.

Think of any celebrity you know whose fame exploded out of nowhere and disappeared just as fast. It’s not a coincidence that this happens quite regularly, a quick rise and equally fast fall. Contrast this with many of the artists and performers that spend their lifetimes honing their craft. They may still eventually fall from stardom, but the fall takes significantly longer. They put in the work and built their careers slowly over time.

Imagine throwing a ball up into the air and successfully catching it. If your success depended on the total distance you threw the ball after an hour, but only counted if you caught it each time, you’d be better off making many small throws versus whipping the ball into the air and hoping to catch a few of them.

Focus on a slow consistent approach and you’re more likely to succeed each time.

If you’re running up against a project that needs to be completed, sure, go at it and knock it out. Once it’s done, it’s done–you won’t need to maintain that project over the long term. With your decluttering, your habits, and your creative work, consistency over the long-haul is what defines who we are and who we will become.

If you enjoyed this post, you’d probably like 25 Simple Habits You Can Build From Scratch, 7 Strategies for Effective Daily Habits, and Benefits of Doing The Same Things Every Day.